The Shipwright's Arms at Hollowshore

Please note that we are closed on Mondays. (Except Bank Holidays).

The Shipwright's Arms is well over 300 years old, although it is said that traces of an earlier building date back to the thirteenth century. Its beginings may be shrouded by the mists of time, but we know that the pub was first licensed in 1738, although it would have functioned as an Inn well before that.
Apart from serving pirates and smugglers, the Inn was a well known place for sailors and fishermen in the Thames estuary to stop and refresh themselves while waiting to go up the Creek to Faversham to unload. In those days it would also have been quite normal for an Inn serving mariners to provide certain 'feminine comforts' as well!! At one time the pub was a revenue cutter station, which would not have gone down well with those 'gentlemen of the night' who preferred their illicit activities to go unnoticed.

The pub has always had links to the maritime agencies and the current landlord keeps tradition by acting as a 'reporting member' to the coastguard.

Originally Hollowshore was named 'Holy Shore' by a Viking King.

All the above have left their mark, and the pub interior and decore bear witness to its past. (Come and meet 'Hollowshore Harry,' lurking in his own corner of the pub.

Adjacent to the pub is Testers boatyard, which continues a tradition of wooden boat building. Although the yard is closed to the public, traditional boats may be seen entering and leaving the creek when the tide is right. 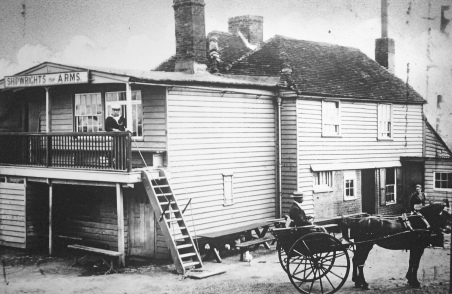 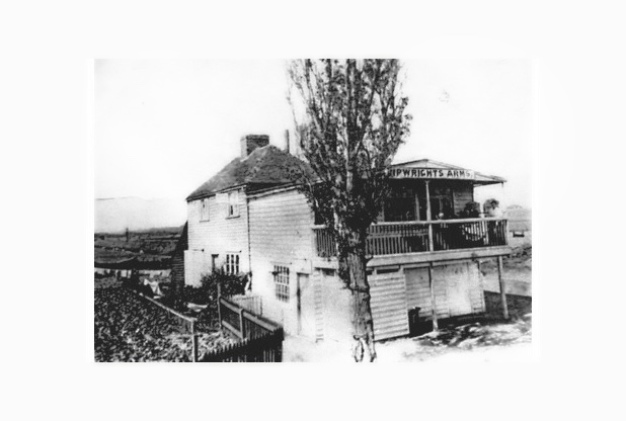